If we invited you to a game of Pickleball, what would you say? Maybe you’re envisioning slapping a lightweight ball around with dill pickle spears or maybe green spherical hunks of vinegarized cucumber sloshing through the air. Amusing as these scenarios may be – real Pickleball is less disgusting and way more fun!

So first of all, what is Pickleball?
It’s a 2-4 person game combining tennis, badminton, and ping pong. The game is played on a tennis court or badminton court with a lowered net (36 inches from ground to top of the net) with ping pong paddles and a perforated plastic ball and follows the rules of badminton. There are a total of zero pickles actually used in Pickleball.

If there are zero pickles used… why even call it Pickleball?
Good question. We scratched our heads on that one for a few minutes too, until we decided to do some investigating. There’s some dispute as to how the game was actually named, but it’s been whittled down to two possible scenarios. 1) A beloved family dog, Pickle, loved to chase and steal the ball when it bounced astray, leaving the inventors no other option than to name the game after the goofball. 2) Mrs. Joan Pritchard, owner of the badminton court on which the game was invented, named the sport to reflect “the combination of different sports reminded me of the pickle boat in crew where oarsmen were chosen from the leftovers of other boats.”

How/Why did this game come to be anyway?
Boredom met innovation and it all came together through a course of necessity. Joel Pritchard, Joan’s husband, came home from a day at the golf course with his buddy, Bill Bell (we’re not making this stuff up!), to find their families bored and restless. Looking to play a game of badminton, Pritchard realized they were missing a few key pieces of equipment and the duo pulled together what they managed to scrounge up – ping pong paddles and a plastic ball. And thus, a fine afternoon of Pickleball was had by all. The group made tweaks and changes along the way, dropping the net from 60 inches to 36 inches and so on, but you get the gist.

Fun Facts before you hit the courts…

Okay, enough talk about Pickleball, a sport that simultaneously confuses and delights us all. Grab your paddle, get your game face on, and get out there! If you’re interested in Pickleball, contact Hart Ranch Camping Resort to learn more about our available facilities and getting set up! 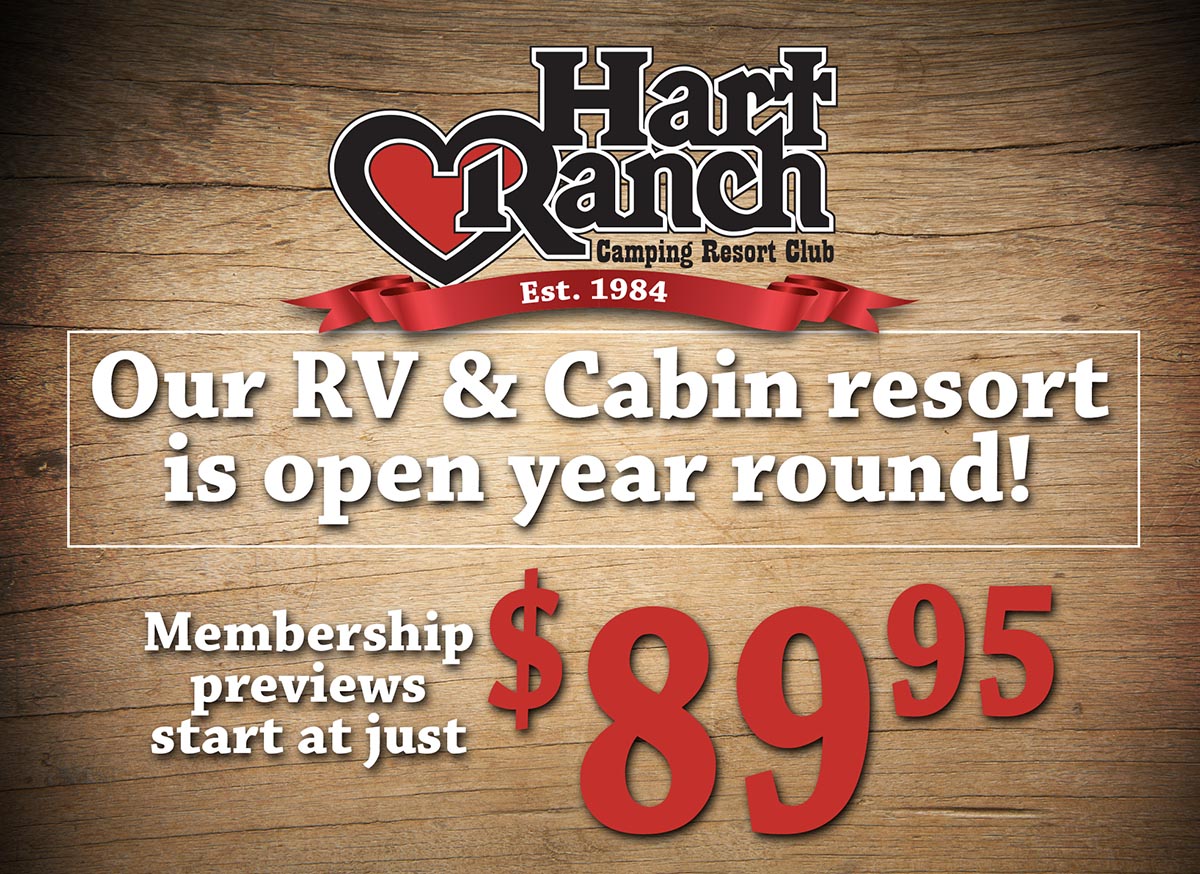